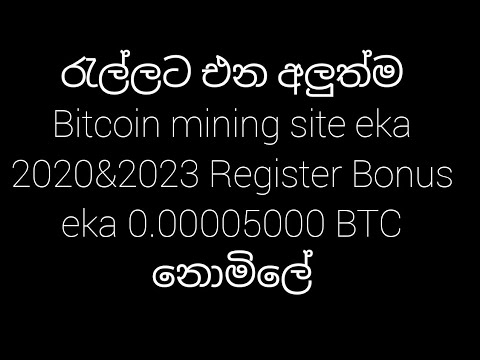 I didn't want to do this, the whole "go to reddit with your complaints" but I obviously can't keep my questions to the official forums any more.
I created the following thread in two areas of the forum, they have both been deleted since my ban, which is out of the ordinary, as you can usually see peoples post history but the tag BANNED would show up underneath their username.
=-=-=-=-=-=-=-=-=-=-=-=-=-=-=-=-=
You can see here the history of the KNC Miner owned pool over the weeks leading up to the release of the Neptune through until today.
Source : http://organofcorti.blogspot.com.au/...n-network.html
June 1st 6.49% June 8th 6.14% June 15h 3.13% June 22nd 6.35% June 29th 5.31% July 6th 5.31% July 13th 4.11% July 20th 4.20% July 27th 3.56% August 3rd 4.37% August 10th 3.52% August 17th 3.56% August 24th 3.89% August 31st 2.96% September 7th 2.85% September 14th 3.70% September 21st 3.92% September 28th 4.64% October 6th 4.74%
At the beginning of this time period the difficulty was 10,456,000,000, the difficulty is now 35,002,000,000, overall growth of 334%.
The June 1st results (6.49% of approx 80PH) would indicate a hashrate of about 5.2PH
The October 6th results (4.74% of approx 260PH) would indicate a hashrate of 12.3PH
An approximate growth of 7.1PH for the KNC Miner pool over the time period since the Neptune announcement and deliveries began.
Assuming 3.6TH per Neptune, this growth would indicate an additional 1972 Neptunes (7100 / 3.6) that have been added to the private KNC Miner pool over the last four months.
This, while customers are still awaiting delivery of their Neptunes + Bonus Neptunes.
You can see a gradual decline of the % of total hashrate up until late August or early September, this decline is only in relative terms to the total growth of the Bitcoin network. The KNC Mining pool hashrate continued to grow throughout this period. It allows us to pinpoint where they seem to have completely stopped giving a damn about paying customers and started really focusing on themselves.
Here it is, the best evidence I could find to support the accusations that KNC are giving us the shaft.
Thoughts?
Anyone from KNC care to comment on this?
=-=-=-=-=-=-=-=-=-=-=-=-=-=-=-=-=
I saved that post as I expected I might get banned for that rather than get answers, sadly I did not archive what followed so I have to paraphrase from memory.
The response I got from Kurt was that the growth I was looking at was due to the spare 28nm chips they had laying around.
I did the math on that.
I make a post pointing out that this growth would be the equivalent of 10,000 Jupiters (assuming 700GHs ea) being added to the KNC Miner pool.
I asked if this is what they're really trying to tell us has happened, if we're meant to believe that this is the case.
I ask that KNC Miner state for certain that they have not used any of the 20nm SHA256 chips in their mining centers while customer orders are outstanding.
One other person posted in that thread asking similar questions, he was banned as well but his posts remained.
No reply.
I restated my questions but made the 'mistake' of asking if we can 'get some fucking answers'.
PERMABANNED - INAPPROPRIATE LANGUAGE
POSTS DELETED
THREADS DELETED
The announcement where KNC Miner promised a Bonus Neptune.
http://forum.kncminer.com/forum/news-and-anouncments/38332-neptune-performance-upgrade
"Thanks to KnCMiner’s offer, each customer who ordered a first or second batch Neptune, will get a minimum 6TH for each order, with their original 3TH product shipped in June and the free “third batch” machine delivered in August."
We are now in October, they have made no announcements, no explanations and no apologies.
The only information that is available is by following the staff accounts on the forums and trying to put together what little scraps of information they give out piecemeal across multiple threads.
FUCKING (I can swear here) GIVE US SOME ANSWERS!!!

Tired, steak + beers = my thoughts but here it goes:
As difficulty goes up, shouldn't the inherent risk/reward go up as well? Less people will mine, which will lead to a slowing down or leveling off of difficulty. As it approaches "impossible" who would mine? No one!
When that day comes, miners will evolve and grow into real businesses (not geeks at home, which is already happening in 2014 with 20nm chips) with real expenses and risks. The price of the next BTC must go up as miners supplying coin decreases
But the demand for bitcoin will only increase with time thanks to media attention and widespread acceptance and as demand and difficulty of mining go up, the price must also increase. This is basic supply-demand economics.
When supply increases at a pace that is only a fraction of the demand for a single bit coin, the price must go up -- and each miner's reward will decrease.
The Fed is doing the opposite with the dollar by printing more (increasing supply). This inflationary measure will only increase the price of a bit coin too!
If demand reaches zero because bit-coin fizzles, the same thing that happened to lobsterman will happen to bit coin. The demand destruction in the lobster industry was caused by a trifecta of global macro events:
1-conservation efforts lead to increased supply, 2 -costs for fuel and wages increased causing a dramatic shift in risk and profitability, 3 - and, the economy tanked and people didn't go out and order it at restaurants as often
Seems like the emergence/future of bitcoin has a binary future (how fitting) - its all or nothing
btw, lobster prices are back up since 2007-2009, guess why :) can't wait for my Neptune LOL

Generating Bitcoins – bitcoin mining involves solving the complex problems that are the basis for obtaining the cryptocurrency. This article discusses the top ten machines that will help you obtain the processing capability to generate bitcoins. The reason behind the importance of this information is simple. The faster your equipment is at solving these problems, the more coins are generated. Bitcoin Mining With KNC Jupiter Thursday, December 12, 2013. KNC Neptune, Newest 20nm Asic Hardware Hashing At 3Th/s+. After the successful release of KNC 28nm products, Mecury, Saturn and Jupiter. KnC has decided to push the envelope and produce a 20nm chip for its new line of Bitcoin mining hardware the Neptune. Assuming KnC will use a similar case to the Jupiter pictured above, the new ... KnC is announcing they have completed ‘tape out’ of their new ASIC. This is the world’s first Bitcoin Mining Application Specific Integrated Circuit (ASIC) designed using ground breaking 20 nanometer engineering. This important milestone was achieved only 3 months after starting the project, during February 2014. Coinseye, is a real bitcoin mining site, we give you the opportunity to get a profit of 180% of the total mining price that you buy. Register. Login. DOGE Mining. Trusted Bitcoin Mining with 180% profit! Free Bitcoin available! Join Telegram Group Trustpilot. 4503 users. 0.02468000 BTC Deposits. 0.05404259 BTC Withdrawal. Latest Deposits . ID # Amount Date; 285: 0.00100000 BTC: 2020-09-16: 281 ... Bitcoin miners help keep the Bitcoin network secure by approving transactions. Mining is an important and integral part of Bitcoin that ensures fairness while keeping the Bitcoin network stable, safe and secure. Links. We Use Coins – Learn all about crypto-currency. Bitcoin News – Where the Bitcoin community gets news.